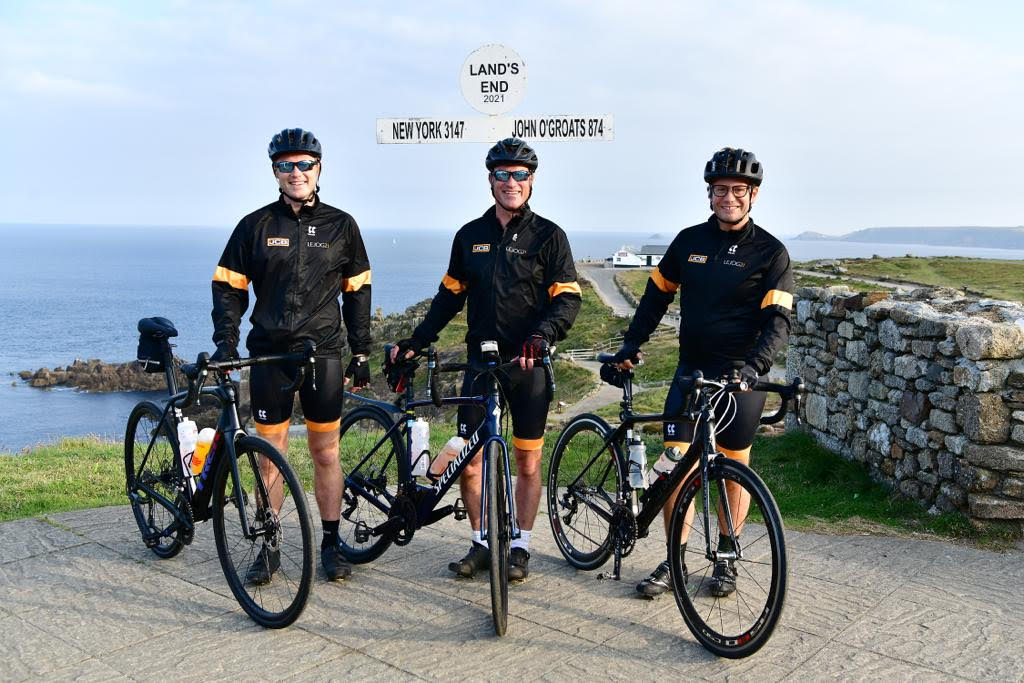 Managing Director, Richard Telfer and Marketing Manager, Fred Telfer will be cycling from Lands End to John O’Groats, starting on the 2nd September and finishing on the 12th. They will complete on average 110 miles per day across the 10 days with a truly ambitious aim of raising £50,000.00 for three different charities. The three charities are; 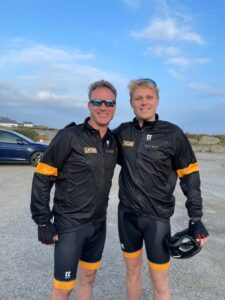 You can still donate and support their ride on the link below. 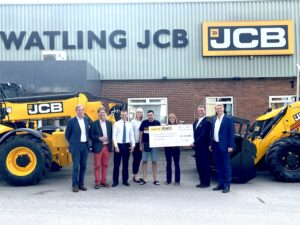 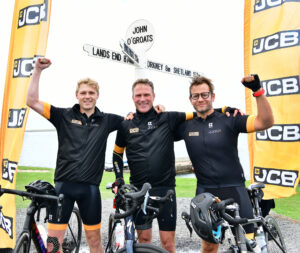 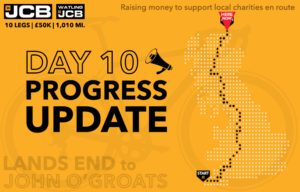 On Sunday afternoon Richard, Fred, and George Bamford crossed the finish line on the last day of their Tour from Lands end to John O’Groats.

After completing an epic 1,100 miles in 10 days the trio was greeted at the finish line by friends and family including Lord Bamford. A phenomenal amount of money has been raised for three local charities.

Richard Telfer personally would like to thank everyone for their great generosity in showing support for the event and contributing to raising over £56k for Wishes 4 Kids, Mind & Young Leicestershire. 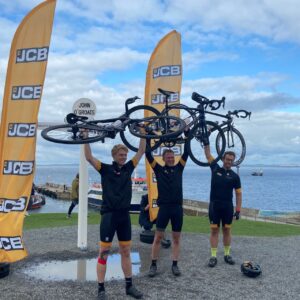 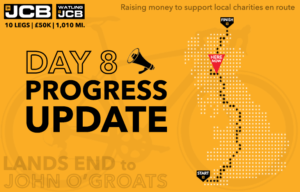 Fred Telfer said, “it was a tough one today, very hilly we did 82 miles overall and came over a fair few massive climbs. Two of the climbs were just over 10 miles long each, but there were unbelievable views and overall an incredible day”.

You can still donate on the link below, the charities have been extremely grateful for all the donations received so far and there will be a further update on how your donations have made an impact!

Day 6 – 8th September, Richard, Fred and George crossed into Scotland after battling the uphill climb of the Yorkshire Hills in 28 Degree Heat 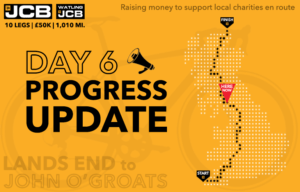 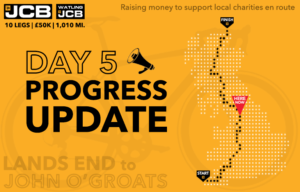 Day 5 – 6th September, Richard, Fred and George made their way to Chinley, they stopped off at the JCB World HQ in Rocester whereby they were greeted by Lord Bamford. 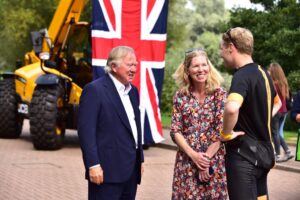 After lunch they set off with some of the other dealer groups who joined them for the day on this leg of the tour riding for a total of 6.5 hours yesterday! 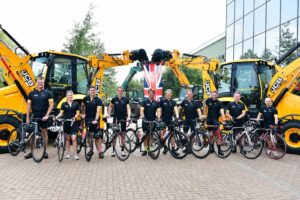 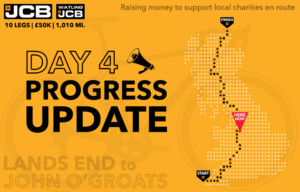 The team was able to make fast progress on Sunday 5th September, from Bristol to Kidderminster in just under 4.5 hours.

This morning (6th September), they have set off to Chinley (Peak District) covering a further 110 miles today. They have been lucky to have some great weather making the ride more enjoyable. 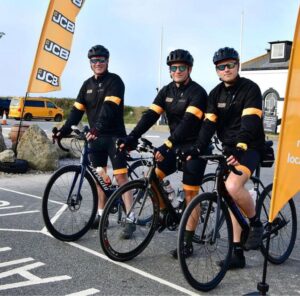 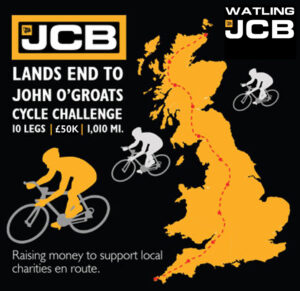 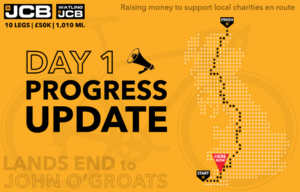 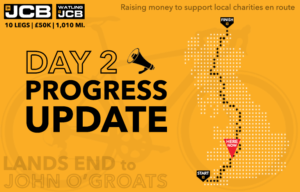 Yesterday at 8:30 am Richard Telfer, Fred Telfer and George Bamford set off from Lands End on their first leg of the 10 Day Charity Cycle.

On Day 1 they cycled just over 105 miles up to Sandford reaching over an incredible 9876 feet of elevation in 7 hours and 44 minutes.

After staying overnight just outside Oakhampton last night, the team set off again this morning for their second leg and will be reaching Amberley later today.

Background
Richard Telfer has said “I have always been passionate about supporting great local Charities, so when George Bamford asked if I would join him in taking on the Land End to John O’Groats cycle to raise money for some local causes it was too good an offer to turn down.

Foolishly my son Fred also agreed to join us so now the three of us find ourselves facing the slightly terrifying task of cycling 1100 miles in 10 days from 2nd -12th September! we will also be joined each day by some willing souls who have agreed to help us along the way for a day including Richard Barker who joins us on day three.

This year alone my Strava app tells I have cycled over 3000 miles in training and yet the 110 mile and 6000ft of vertical climbing a day still seems a really daunting task!”

We would be hugely grateful of any donations to help us reach our target and help our chosen local charities.

Richard and Fred have managed to raise an incredible amount of money for Young Leicestershire, Wishes 4 Kids and Mind. 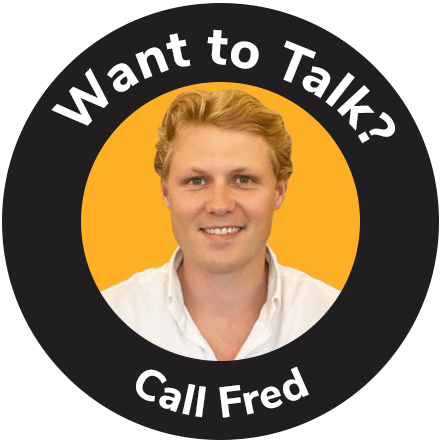